LJ news post: http://news.livejournal.com/110103.html
Paid users can have a persistent ?style=mine.
Release notes for that and more: http://community.livejournal.com/lj_releases/39207.html

Since I am a good girl, there are places where I won't actually use this cat macro: http://icanhascheezburger.com/2008/03/25/funny-pictures-constructive-feedback-ur-doin-it-wrong/

Your result for The Sublime Philosophical Crap Test...

You are an N-A-R: a metaphysical Non-Reductionist, an epistemological Absolutist, and a moral Relativist. If you are simply dying inside to figure out what all this mumbo-jumbo means, then simply continue reading. 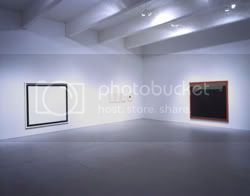 Metaphysics: Non-Reductionism (Idealism or Realism)
In metaphysics, my test measures your tendency towards Reductionism or Non-Reductionism. As a Non-Reductionist, you recognize that reality is not necessarily simple or unified, and you thus tend to produce a robust ontology instead of carelessly shaving away hypothetical entities that reflect our philosophical experiences. My test recognizes two types of Non-Reductionists: Idealists and Realists.

1. Idealists believe that reality is fundamentally unknowable. All we can ever know is the world of sense experience, thought, and other phenomena which are only distorted reflections of an ultimate (or noumenal) reality. Kant, one of the most significant philosophers in history, theorized that human beings perceive reality in such a way that they impose their own mental frameworks and categories upon reality, fully distorting it. Reality for Kant is unconceptualized and not subject to any of the categories our minds apply to it. Idealists are non-reductionists because they recognize that the distinction between phenomenal reality and ultimate reality cannot be so easily discarded or unified into a single reality. They are separate and distinct, and there is no reason to suppose the one mirrors the other. Major philosophical idealists include Kant and Fichte.

If your views are different from the above, then you may be a Realist.
2. Realists deny the validity of sloppy metaphysical reductions, because they feel that there is no reason to suspect that reality reflects principles of parsimony or simplicity. Realism is the most common-sensical of the metaphysical views. It doesn't see reality as a unity or as reducible to matter or mind, nor does it see reality as divided into a phenomenal world of experience and an unknowable noumenal world of things-in-themselves. Realist metaphysics emphasizes that reality is for the most part composed of the things we observe and think. On the question of the existence of universals, for instance, a realist will assert that while universals do not physically exist, the relations they describe in particulars are as real as the particular things themselves, giving universals a type of reality. Thus, no reduction is made. On the mind-body problem, realists tend to believe that minds and bodies both exist, and the philosophical problems involved in reducing mind to matter or matter to mind are too great to warrant such a reduction. Finally, realists deny that reality is ultimately a Unity or Absolute, though they recognize that reality can be viewed as a Unity when we consider the real relations between the parts as constituting this unity--but it doesn't mean that the world isn't also made up of particular things. Aristotle and Popper are famous realists. 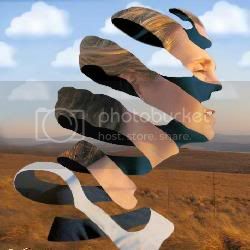 Epistemology: Absolutism (Rationalism or Pragmatism)
My test measures one's tendency towards Absolutism or Skepticism in regards to epistemology. As an Absolutist, you believe that objective knowledge is possible given the right approach, and you deny the claims of skeptical philosophers who insist that we can never have knowledge of ultimate reality. The two types of Absolutists recognized by my test are Rationalists and Pragmatists.

1. Rationalists believe that the use of reason ultimately provides the best route to truth. A rationalist usually defines truth as a correspondence between propositions and reality, taking the common-sense route. Also, rationalists tend to believe that knowledge of reality is made possible through certain foundational beliefs. This stance is known as foundationalism. A foundationalist believes that, because we cannot justify the truth of every statement in an infinite regress, we ultimately reach a foundation of knowledge. This foundation is composed of a priori truths, like mathematics and logic, as well as undoubtable truths like one's belief in his or her own existence. The belief that experiences and memories are veridical is also part of the foundation. Thus, for a rationalist knowledge of reality is made possible through our foundational beliefs, which we do not need to justify because we find them to be undoubtable and self-evident. In regards to science, a rationalist will tend to emphasize the foundational assumptions of scientific inquiry as prior to and more important than scientific inquiry itself. If science does lead to truth, it is only because it is based upon the assumption of certain rational principles such as "Every event is caused" and "The future will resemble the past". Philosophy has a wide representation of philosophical rationalists--Descartes, Spinoza, Liebniz, and many others.

If that didn't sound like your own views, then you are most likely the other type of Absolutist: the Pragmatist.
Epistemological Pragmatists are fundamentally identified by their definition of truth. Truth is, on this view, merely a measure of a proposition's success in inquiry. This view is a strictly scientific notion of truth. A proposition can be called true if it leads to successful predictions or coheres best with the observed facts about the world. Thus, for the pragmatist, knowledge of reality is possible through scientific reasoning. A pragmatist emphasizes man's fallibility, and hence takes baby-steps towards knowledge through scientific methodology. Any truth claim for a pragmatist is open to revision and subject to change--if empirical observations lead us to call even logical rules into question (like quantum physics has done for the law of the excluded middle), then we can and should abandon even these supposed a priori and "absolutely certain" logical rules if they do not accord with our testing and refuting of our various propositions. As a consequence of this, a pragmatist doesn't feel that scientific knowledge is based upon unfounded assumptions that are taken to be true without any sort of justification--rather, they believe that the successes of scientific inquiry have proved that its assumptions are well-founded. For instance, the assumption of science that the future will be like the past is adequately shown by the amazing success of scientific theories in predicting future events--how else could this be possible unless the assumption were true? Pragmatism borrows elements from realism and yet attempts to account for the critiques made by skeptics and relativists. It is essentially a type of philosophical opportunism--it borrows the best stances from a large number of philosophical systems and attempts to discard the problems of these systems by combining them with others. Famous pragmatists of this type are Peirce and Dewey. 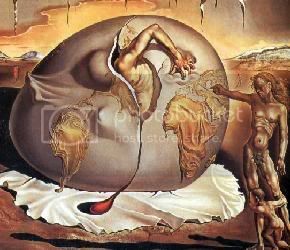 Ethics: Relativism (Subjectivism or Emotivism)
My test measures one's tendency towards moral Objectivism or moral Relativism in regards to ethics. As a moral Relativist, you tend to see moral choices as describing a subject's reaction to a moral object or situation, and not as a property of the moral object itself. You may also feel that moral words are meaningless because they do not address any empirical fact about the world. My test recognizes two types of moral relativists--Subjectivists and Emotivists.

1. Subjectivists see individual or collective desires as defining a situation's or object's moral worth. Thus, the subject, not the object itself, determines the value. Subjectivists recognize that social rules, customs, and morality have been wide-ranging and quite varied throughout history among various cultures. As a result, Subjectivism doesn't attempt to issue hard and fast rules for judging the moral worth of things. Instead, it recognizes that what we consider "good" and "right" is not bound by any discernable rule. There is no one trait that makes an act good or right, because so many different kinds of things have been called good and right. In regards to the definition of "good" or "right", a Subjectivist will tend to define it as whatever a particular person or group of people desire. They do not define it merely as "happiness" or "pleasure", for instance, because sometimes we desire to do things that do not produce pleasure, and because we don't consider all pleasurable things good. Furthermore, Subjectivists recognize the validity of consequentialism in that sometimes we refer to consequences as good and bad--but they also recognize that our intentions behind an action, or the means to the end, can also determine an act's moral worth. Again, there is no one rule to determine these things. Hence the relativism of moral Subjectivism. The most well-known of the subjectivists is Nietzsche.

If that didn't sound like your position, then you are probably the other variety of moral Relativist--the Emotivist.
Emotivists are moral Relativists only in a very slanted sense, because they actually deny that words about morality have any meaning at all. An Emotivist would probably accept Hume's argument that it is impossible to derive an "ought" from an "is"--no factual state of affairs can logically entail any sort of moral action. Furthermore, a emotivist's emphasis on scientific (and hence empirical) verification and testing quickly leads to the conclusion that concepts such as "good" and "right" don't really describe any real qualities or relations. Science is never concerned with whether a particular state of affairs is moral or right or good--and an emotivist feels much the same way. Morality is thus neither objective or subjective for the emotivist--it is without any meaning at all, a sort of vague ontological fiction that is merely a symbol for our emotional responses to certain events. Famous emotivists include Ayer and other positivists associated with the Vienna Circle.

As you can see, when your philosophical position is narrowed down there are so many potential categories that an OKCupid test cannot account for them all. But, taken as very broad categories or philosophical styles, you are best characterized as an N-A-R. Your exact philosophical opposite would be an R-S-O.

Saint_gasoline is a crazed madman who spends all of his time writing OKCupid tests and ranting about philosophy and science. If you are interested in reading more of his insane ramblings, or seeing his deliciously trite webcomic, go to SaintGasoline.com.